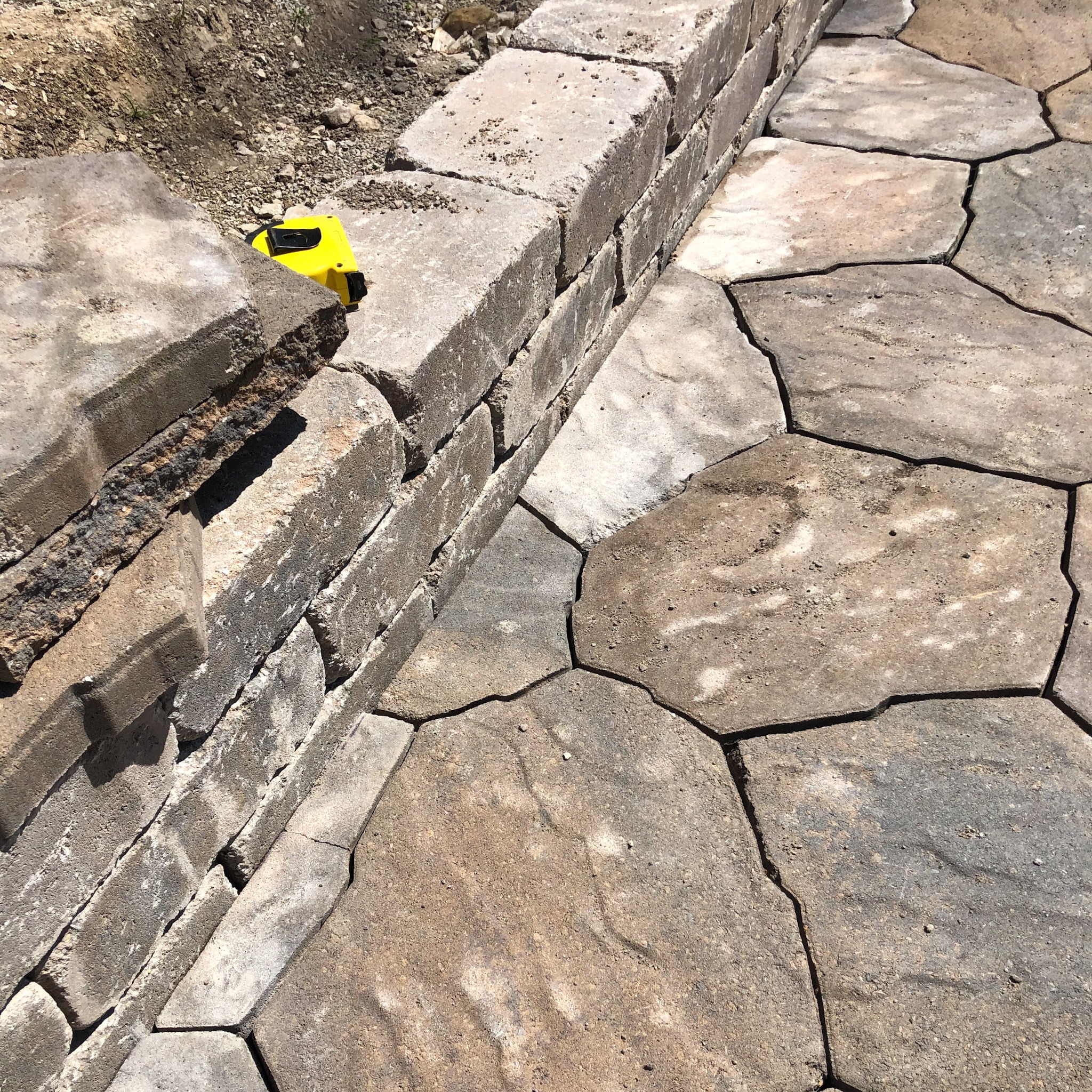 Cutting paver patio blocks is now easy because we found a cheap trick!

We started a patio project out by our pool and Man Cave. It’s one of the last large projects we have had on our list since we moved here 10 years ago. It seemed like a big one because a tree had to be cut down (insert a sad face here, we love to keep our trees), and then the sheer size of the patio was going to require some major family effort. But the main reason we kept putting it off was that we knew to cut the paver patio blocks was going to take For.Ev.Er! 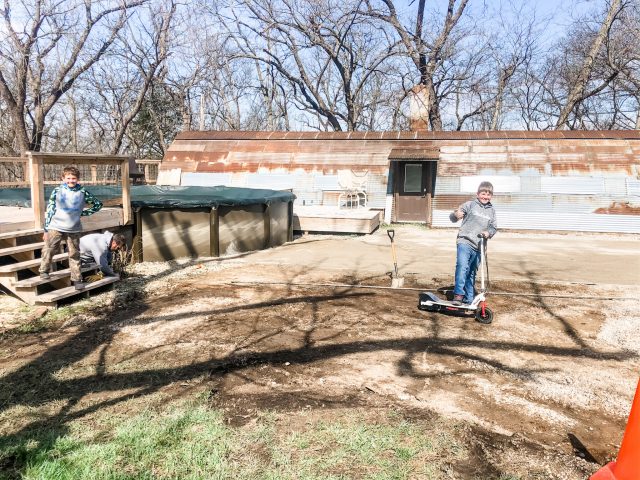 We got the tree down and started to prep the pad. After a few weeks of work, we were finally ready to get all of the pavers put down. Let me tell you, those buggers are 26 pounds each. I am not sure if our muscles grew that day that we put down hundreds and hundreds of them, but we sure slept good.

We got all of the middle parts done fairly easily in a day and we just had the sides left. Jason debated and dreaded having to cut all along the edges because he just knew it was going to take hours and hours of time he didn’t want to spend. We were doing the patio ourselves because it was more economical and more fun, but ugh … all that cutting — what a pain in the $%#.

I think that’s the saying anyway! After cutting a few blocks that next morning, Jason realized this task was going to take longer than the entire patio itself put together. So he crafted up an idea! He headed to town (blessed that we also own a glass shop) and grabbed a piece of Plexiglass, as well as some wet-erase markers and a Sharpie from my drawer. 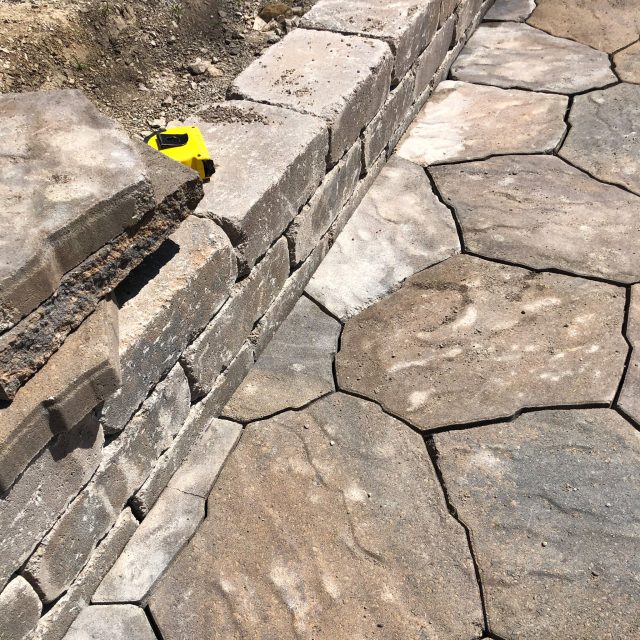 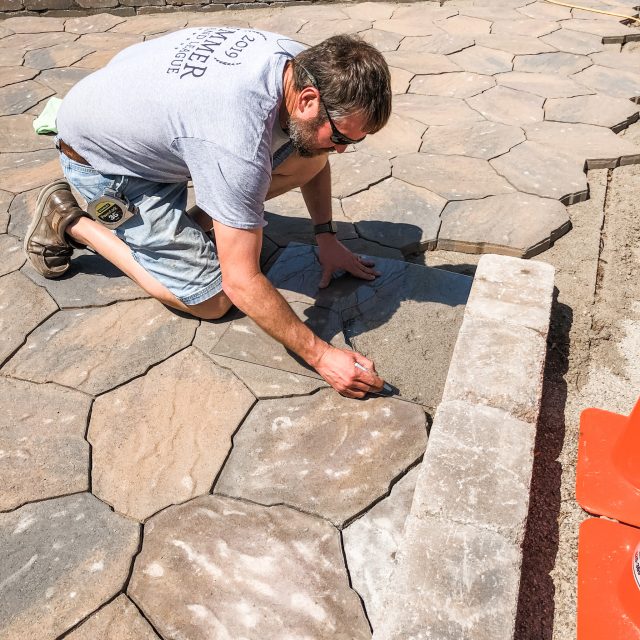 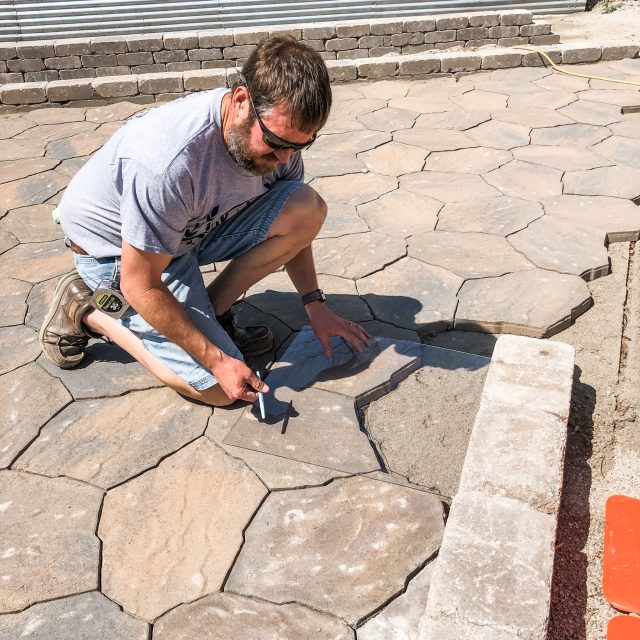 After tracing the entire pattern, he would take the plexiglass back to an uncut paver, and line up the pattern he had drawn. He would then use a Sharpie to trace the straight line where it needed to be cut off. 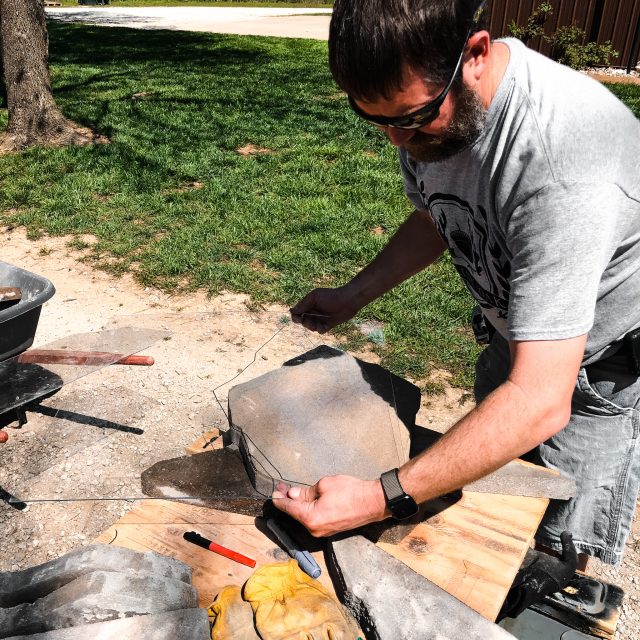 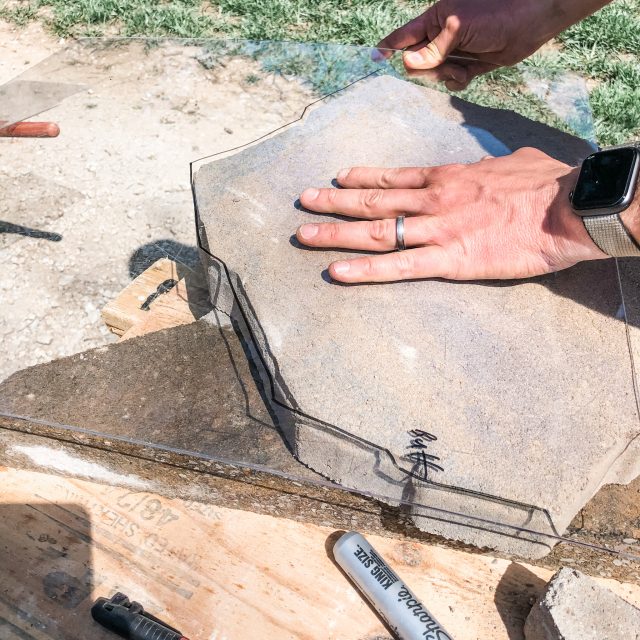 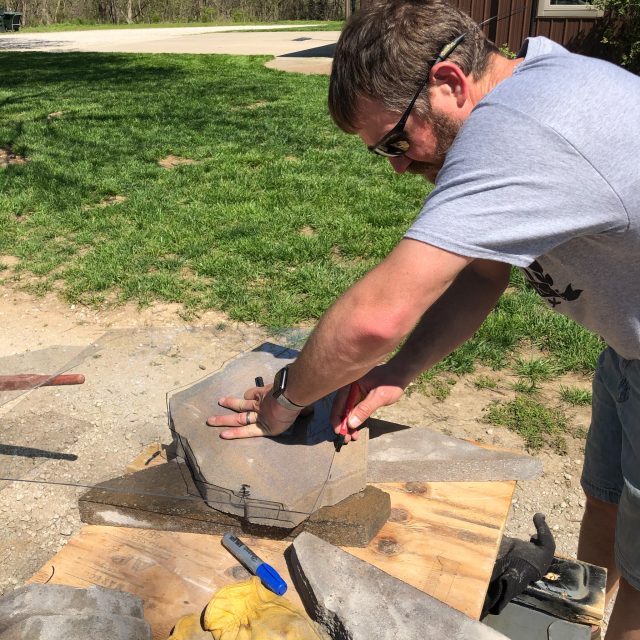 We love that our kids have grown up helping with projects. Weston cut nearly every board on the walls of the mancave, and Jarrett laid the entire closet of flooring all by himself. This is exactly how they learn. Especially now with all this quarantine stuff and staying home … we are doing more and more project-based learning in our house! 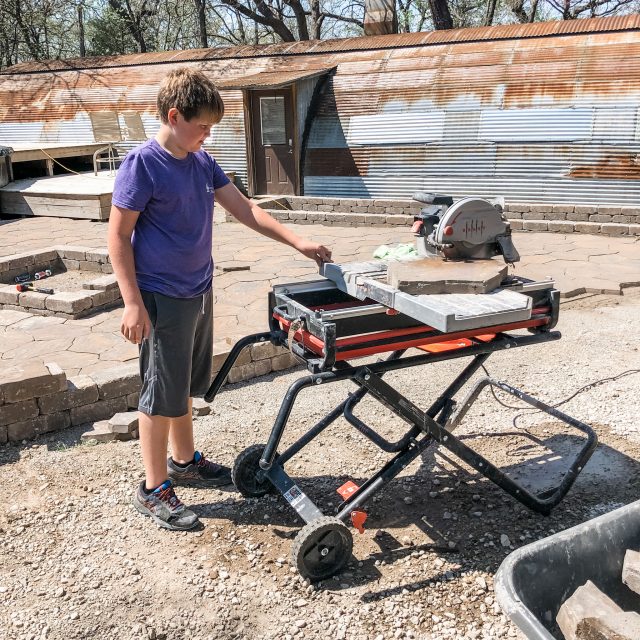 Bam. After it’s cut, the piece should fit perfectly! After making up this short cut, Jason had the edges done in an afternoon … a project we were certain would take another full weekend, a few cases of his favorite Truly drinks and multiple cuss words. 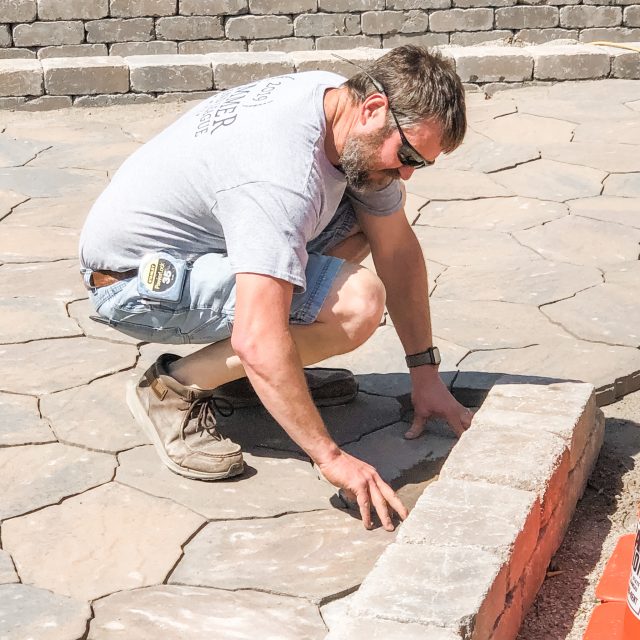 The patio is nearly done and we can’t wait to share the progress photos with you! What are of your yard can you fit in a paver patio? It’s easier than it seems! 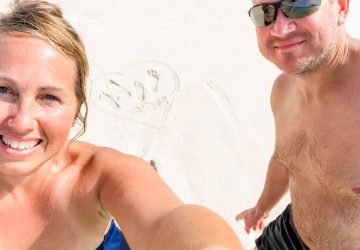